The Department of Homeland Security is preparing to cancel the temporary residency permits of about 9,000 immigrants from Nepal, the Trump administration’s latest move to expel foreigners living in the United States with some form of provisional status.

According to internal planning documents viewed by The Washington Post, Homeland Security Secretary Kirstjen Nielsen will give the Nepalis a one-year grace period to prepare their departure, but they would face deportation after June 24, 2019.

The Nepalis were granted temporary protected status (TPS) — allowing them to remain in the United States legally — after a 7.8-magnitude earthquake devastated the country three years ago, on April 25, 2015, killing nearly 9,000.

The TPS designation was created by Congress in 1990 to avoid sending foreigners back to nations destabilized by natural disasters, armed conflict and other catastrophes.

Immigration hard-liners in the Trump administration have pushed to eliminate TPS protections whenever possible. In recent months DHS has canceled the residency permits of 200,000 Salvadorans, 50,000 Haitians and a smaller number of Nicaraguans and Sudanese.

Trump officials say the TPS designation was never intended to afford long-term residency to foreigners who may have entered the country unlawfully or otherwise lack legal status. The law requires DHS to obtain input from the State Department about the current conditions in countries with a TPS designation before making a decision to cancel those protections.

“We will continue to determine each country’s TPS status on a country-by-country basis,” Nielsen said in a January statement, following her decision to extend TPS for about 6,000 Syrians whose homeland has been shattered by war.

[U.S. extends provisional residency for 6,000 Syrians rather than deporting them to war zone]

Nielsen has until May 6 to make a decision for 57,000 TPS recipients from Honduras who have been living in the United States for two decades. The Trump administration has signaled it plans to end their protections.

The decision to extend or cancel TPS for the Nepalis has generated considerably less attention than for other groups. Though nearly 15,000 Nepali migrants received TPS status after the 2015 quake, only about 9,000 remain in the country with that status, according to estimates by the Congressional Research Service. The Nepalis are concentrated mostly in the New York City area.

DHS officials said Nielsen had not yet signed off on the Nepal decision, but the internal documents indicate the agency is preparing to make its announcement in coming days.

The DHS secretary is required to make a decision 60 days in advance of the TPS expiration date. In Nepal’s case, that deadline falls on the anniversary of the earthquake, which is Wednesday. 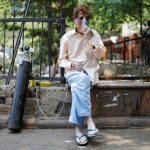 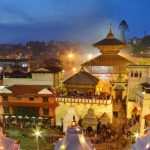 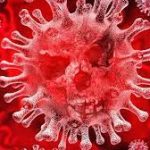